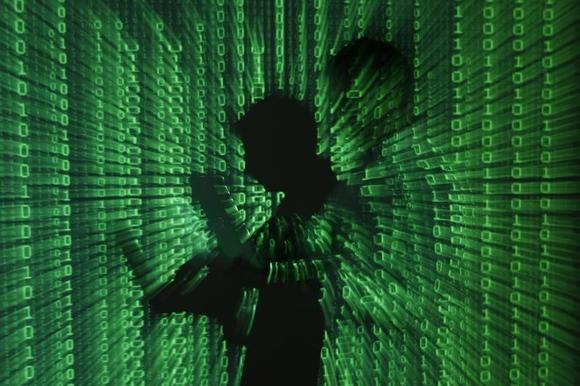 An illustration picture shows a projection of binary code on a man holding a laptop computer, in an office in Warsaw June 24, 2013.

LONDON (Reuters) – Cyber crime costs the global economy about $445 billion every year, with the damage to business from the theft of intellectual property exceeding the $160 billion loss to individuals from hacking, according to research published on Monday.

The report from the Center for Strategic and International Studies (CSIS) said cyber crime was a growth industry that damaged trade, competitiveness and innovation.

A conservative estimate would be $375 billion in losses, while the maximum could be as much as $575 billion, said the study, sponsored by security software company McAfee.

“Cyber crime is a tax on innovation and slows the pace of global innovation by reducing the rate of return to innovators and investors,” Jim Lewis of CSIS said in a statement.

“For developed countries, cyber crime has serious implications for employment.”

The world’s biggest economies bore the brunt of the losses, the research found, with the toll on the United States, China, Japan and Germany reaching $200 billion a year in total.

Losses connected to personal information, such as stolen credit card data, was put at up to $150 billion.

McAfee, owned by Intel Corp, said improved international collaboration was beginning to show results in reducing cyber crime, for example in the takedown last week of a crime ring that infected hundreds of thousands of computers known by the name of its master software, Gameover Zeus.